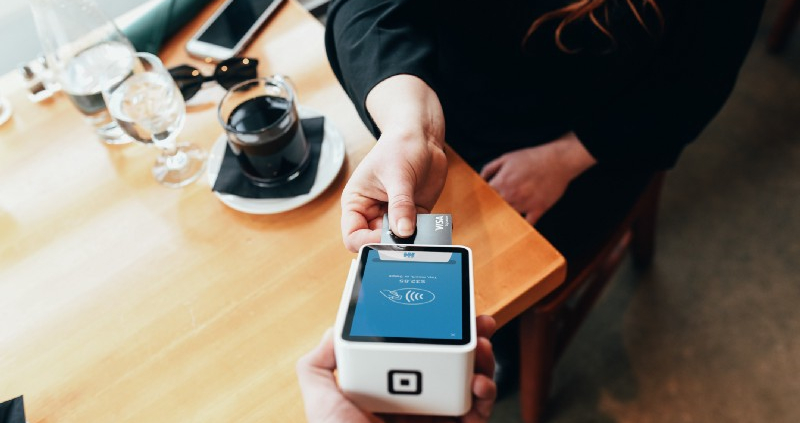 In the digital age where methods of transacting become easier every year, there’s no obvious catalyst preventing us from becoming a full-blown, cashless society. Consequently, the temptation to increase spending habits has never been greater. By using your phone, tablet, or credit card, you can instantly pay for a spice pumpkin latté at your local coffee shop, followed by your favorite magazine, and that’s even before reaching the office.

While the average American is $8,000 in debt, consumer spending continues to rise, ballooning to record levels in 2019. However, this isn’t going to change any time soon as new research indicates we’re not only spending money on “stuff” but experiences too. A recent study by Harris Poll showed that more than 8 in 10 millennials (82%) participated in a variety of live experiences in the past year. But this doesn’t mean we are going to abandon materialism in the near future. Instead, it creates an illusion of choice: Not spending isn’t an option anymore. Consumers will prioritize one of the two: experiencesorstuff.

It’s no surprise, then, that credit card companies — the biggest financiers of consumer spending — are reporting record profits this year. They are enabling a dark premise to spread throughout society: the belief that you can avoid hard work and borrow money to achieve happiness.

But financing pleasure through debt only leads to a temporary high and the comedown is having to deal with the mental stress of what you owe. In the U.K, studies show that 50% of adults who are struggling with debt, also have a mental health issue. It’s becoming clear to most that taking on liabilities to fund lifestyle habits increases the likelihood that you’ll experience setbacks later in life. Spiraling into indebtedness starts with credit cards. Then you go down a rabbit hole. Feeling dejected, you accumulate more and more liabilities, funding experiences and luxury items in an attempt to feel better. Until you realize you have to pay off the previous fix— it’s a vicious cycle.

So if loading up on debt via credit cards isn’t going to improve your life in the long run, how could you possibly benefit by using one?

Money-savvy individuals have discovered a niche in credit card companies’ business models: ironically, they reward customers who embrace the principle of sound money. It’s not a loophole or an elaborate hack. It’s simple: they only use a credit card when it’s possible to pay the debt off upfront.

The smart way to use a credit card is to use it like a debit card — with no overdraft.

If you’re able to pay off the balance in full every month, there’s no reason to transact using your current account. Instead, credit card companies allow you to set up a monthly direct debit and by directly transferring the amount of money spent, you don’t owe a single penny of interest. Except by doing this, you reap several rewards in the process.

Irresponsible lending habits allow consumers who are sensible with their spending to benefit from card companies’ reward schemes. Most companies offer a concierge, luxury consumer goods, and holidays for zero cost. Over your lifetime, while living within your means, your reward points could earn things like flatscreen TVs, first-class lounge access, first-class flights, and holidays — all free of charge. But it’s only free if you aren’t spending more than you own.

On top of that, by financing your purchases with credit, you maintain free cash flow: a fancy way of saying, “I have the cash to buy things right now but I want to maintain liquidity for, say, an emergency.”

If you have $3,000 available in your current account and you want to buy a MacBook Pro for $2,500. You have two options: buy the laptop outright or on finance for 0% interest over 12 months. Although technically the latter option means you are taking on debt, subjectively, your liability becomes an asset. Instead of instantly removing $2,500 of your liquidity, you’re only giving up $125 each month. Rather than the original $500 left over after a full purchase, you now have $2,875, then $2,750 the next month, and so on.

But because you have the money upfront it’s an asset and not a liability knowing you can pay it off, in full, any time you want. The extra cash flow you’ve gained could mean a lot when things go wrong elsewhere in life.

A few months after taking advantage of credit card companies you start to get the impression they don’t like you — for obvious reasons. The minority of people who ignore temptation definitely aren’t the card companies’ favorite customers.

But they wouldn’t just kick you off their platform straight away. Instead, they try to tempt customers who are living within their means to make extravagant purchases by increasing the amount of credit available to borrow. “We’ve increased your line of credit” is code for “If we can’t turn you into a slave on a $50,000 credit limit, we’ll try a $250,000 limit.” That’s how they work. The conflict of interest is clear.

Knowing all this, should you feel remorse about receiving a free lunch from a company exploiting those who are vulnerable? Not at all. They think you’re irresponsible and they rely on that to make money. They know it’s happening, and will keep happening until the credit system is replaced by something monetarily sound.

As a debt-free human, you’ll start to appreciate life a lot more. Becoming and staying financially free requires sacrifice; more for some than others. If you are deep in debt, don’t make it worse. Be prepared to downgrade and drop everything and anything; your status, fancy apartment, but most of all your pride. Life is a lot easier and fulfilling when you’re living it debt-free. You are able to focus on the important things without the burden of liabilities hanging over your shoulders.

If you’re constantly tempted to live beyond your means, there’s a simple solution: Remember this quote from the People’s President, Andrew Jackson: “When you get in debt you become a slave.” And that’s exactly what happens. It’s an endless conveyor belt of payments to a subservient.

Would you rather become a slave to the debt industry or exploit their exploitative capitalism? Now that’s an easy decision to make.

Want to join the discussion?
Feel free to contribute!